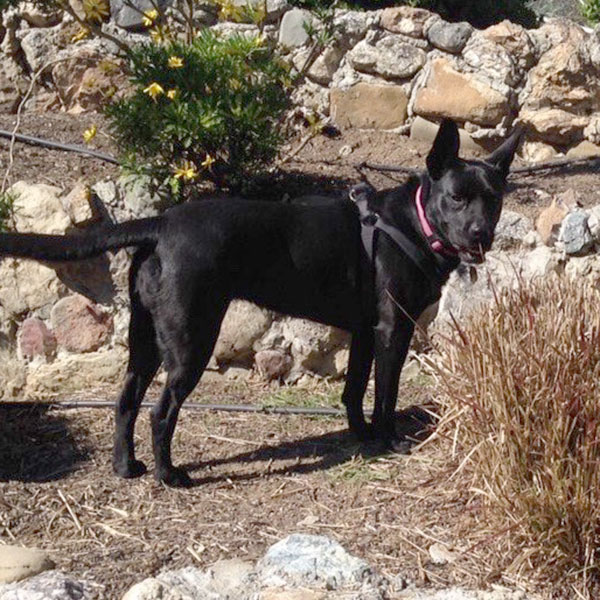 On my way to lunch with former work colleagues, I checked the website and then stopped at Tony LaRussa’s Animal Rescue Foundation (www.arf.net). The photo of one dog on the ARF website pulled at my heartstrings. I adopted Wylie that day, October 9, 2014. Her adoption fee was paid by Maddie’s Fund (not my Maddie, but Dave Duffield’s, who set up Maddie’s Fund in memory of his Schnauzer; see www.maddiesfund.org). So I paid the adoption fee for another hard-to-adopt dog at ARF, Zoey, and she was adopted a couple days later—this time, thanks to my Maddie’s fund. Zoey had been at ARF for 45 days. Wylie was a stray from the Contra Costa Animal Shelter in Martinez and was scheduled to be euthanized. She had been at ARF for three weeks waiting to be adopted.

I named her after a good friend of mine, Wynema. But with those ears, she also looks like Wile coyote. According to a blood test done for her DNA by Royal Canin, she has Chow Chow and Rottweiler from the past three generations. Also probably Australian Cattle Dog and Catahoula Leopard Dog. And possibly Boxer, Pomeranian, and Pembroke Welsh Corgi. That makes her an international princess—Chinese, German, Australian, American, and British. She has ancestors from all four hemispheres!

The DNA analysis predicted she would be 57 to 87 pounds. She weighs 48 pounds. Fortunately she showed negative results for 12 diseases caused by genetic mutations. Age guesses by veterinarians range from 18 months to four years. I tend to think younger, as she has lots of energy and is very agile.

Wylie and Maddie get along very well. After several weeks with dog trainer Gary Maria (www.garymaria.com), Wylie was ready to be tested and observed to see if she too could be a therapy dog. She has gotten along very well with all people she has met, but she doesn’t like being left along or going into the crate. Hopefully, she will get over these issues soon.  Lots of progress since I adopted her.

Wylie became registered as a therapy dog with Therapy Dogs, Inc. (now the Alliance of Therapy Dogs) in February 2015 and went straight to work. Wylie goes to the Amador Tri-Valley Center (a day program for people with mental illnesses and addiction issues), Shepherd’s Gate (a shelter for battered and homeless women and children), nursing homes and rehab centers, senior care facilities, schools and colleges, and events for troops.  By December 2015, she became an AKC Therapy Dog with over 50 visits. In May 2016, she earned her AKC Therapy Dog Advanced Title for making 100 visits and in July 2017 her AKC Therapy Dog Excellent Title for making 200 visits. In 2019, Wylie earned the Distinguished Therapy Dog title from AKC for over 400 visits. She loves meeting and greeting people, and just pours out love and energy. 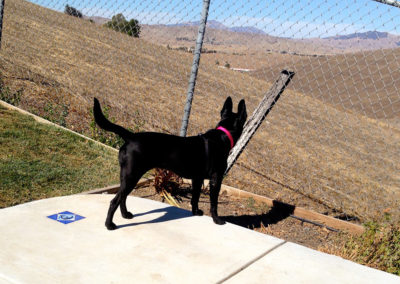 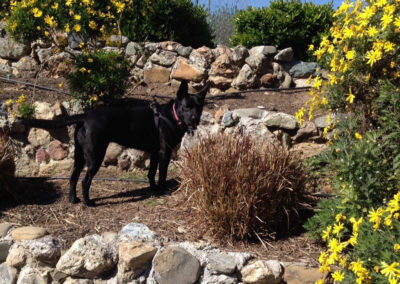 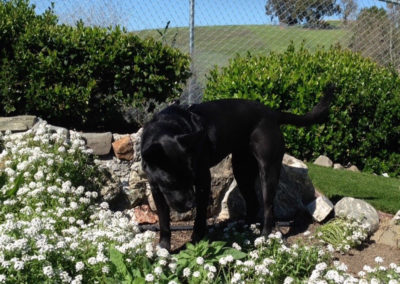 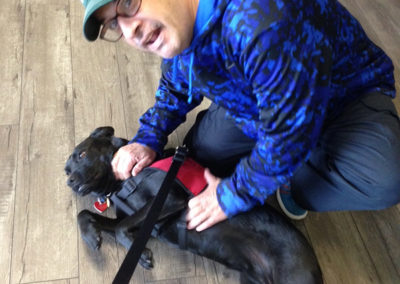 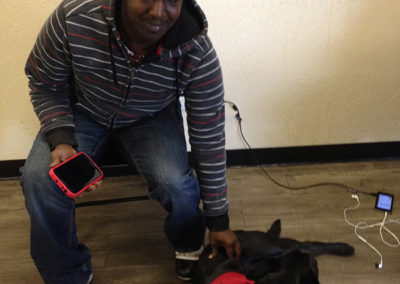 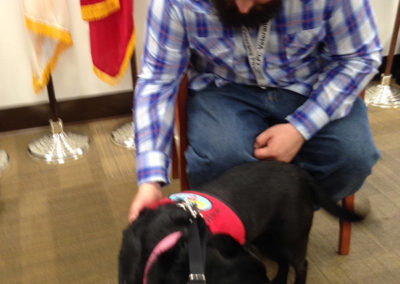 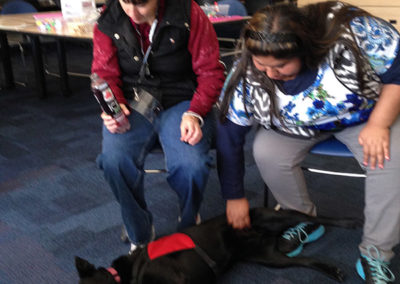 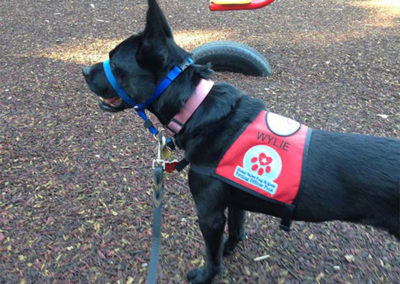 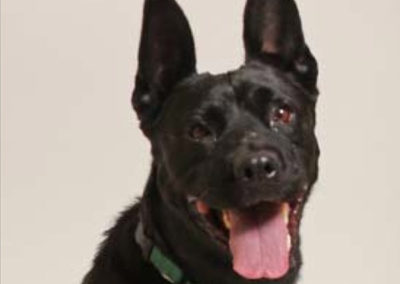 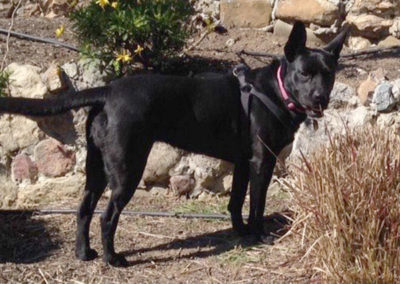