A dog finds his owner 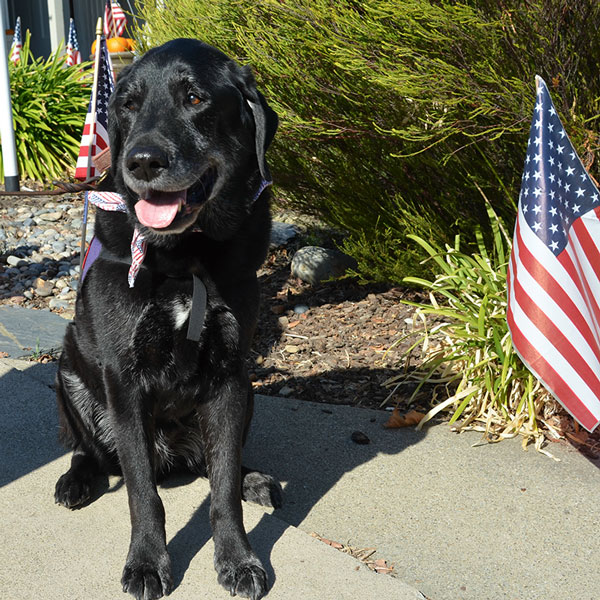 Lawrence, the Livermore Lab, a Black Labrador Retriever, was born on July 20, 2001, in Palo Alto. When visiting the breeder, Pat could not decide which of the eight adorable Black Lab puppies to pick. She asked the breeder to pick one that would be a good therapy dog and he suggested Lawrence. What a great choice!

Lawrence became a therapy dog in November 2002 and immediately began working once a week at Golden Manor (later called Livermore Manor). He continued to go there every week for nine years until it closed in November 2011. When it reopened in September 2013, he went back there. He last went there on what would have been the first day of his twelfth year of visiting that building, December 13, 2013, less than two weeks before he died.

In July 2004, he started at the VA in Livermore. As the “lead” therapy dog at the VA, Lawrence was involved with the evaluation of all potential handlers and therapy dogs, and also showed new therapy dogs how to do the job at the VA. His tail had a workout during his career, and his veterinarian commented about all the muscle tissue around his tail. When his tail reached 1,000 hours of service at the VA in September 2010, Lawrence was promoted to “Rear Admiral” by Navy veterans. He oversaw all the “Petting Officers” at the VA.

In September 2006, he began going to Easy Living Care Home sites two or three times a month. He also went to the Amador Tri-Valley Center, Camp Arroyo, the Castro Valley Healthcare Center, and The Parkview.  He visited elementary schools and made presentations that only he could make to the graduate classes in ecotherapy at JFK University.

He was an AKC Canine Good Citizen (CGC) and an AKC Therapy Dog. In 2012, he received an Honorable Mention as a Therapy Dog from the AKC Humane Fund Awards for Canine Excellence. When not working, Lawrence enjoyed lying outdoors in the sun, going for walks with Pat’s granddaughters, carrying toys to Pat, and, of course, eating.

For more on Lawrence, go to these two sites—
http://albums.phanfare.com/isolated/IourCRtU/1/5355494
http://diablovalleyflagbrigade.com/goodbye-lawrence/

Based on Lawrence’s bio in Successful Tails: The Wonders of Therapy Dogs by Patricia H. Wheeler, p. 320-321. 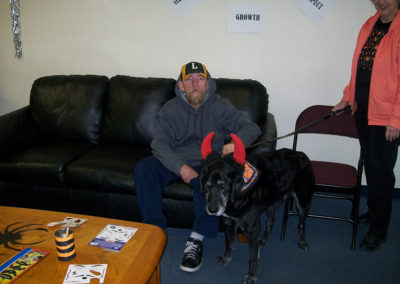 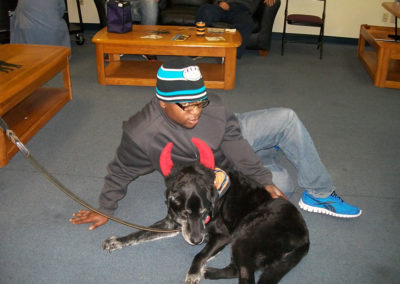 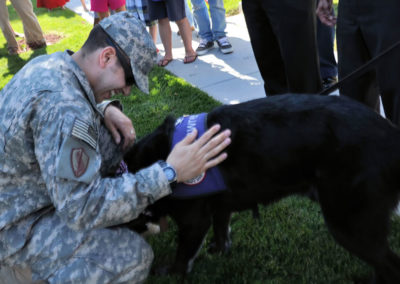 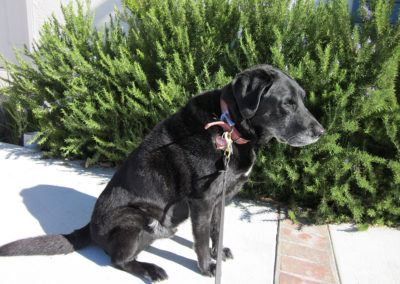 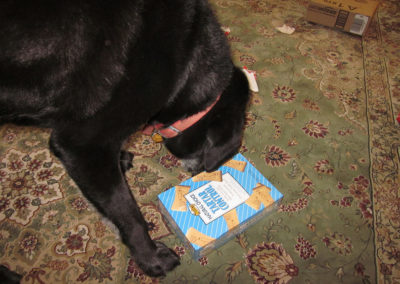 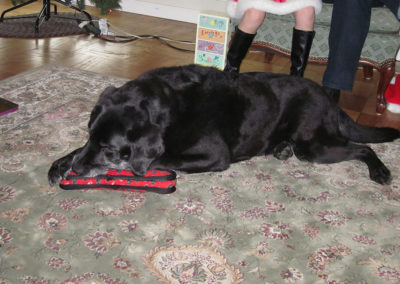 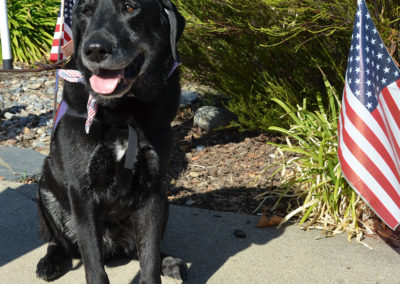 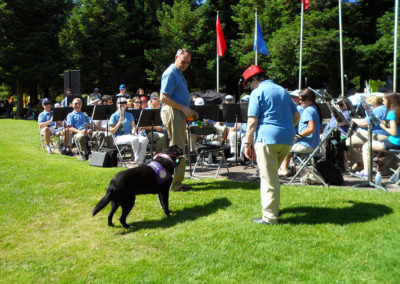 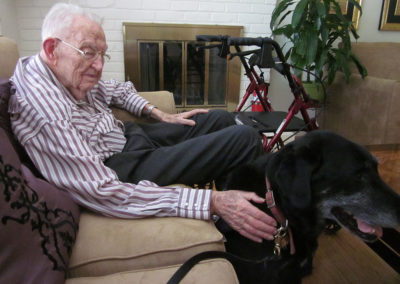 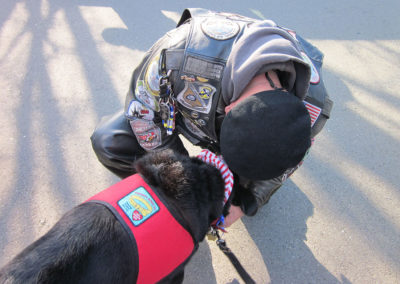 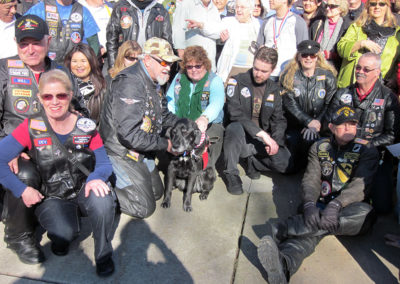 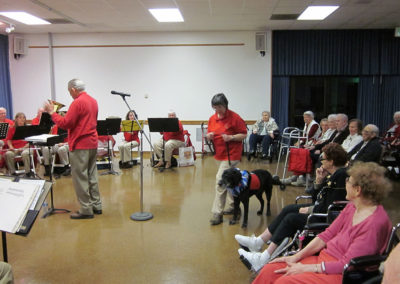 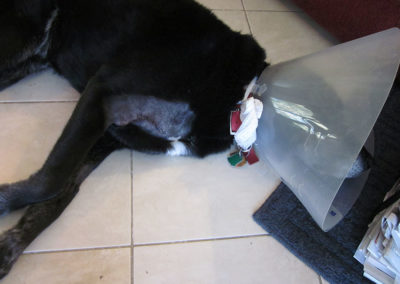 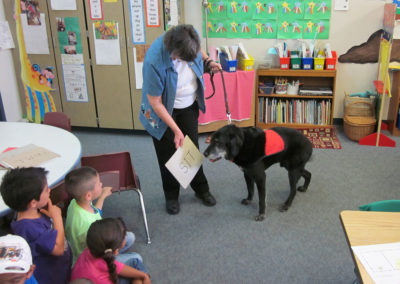 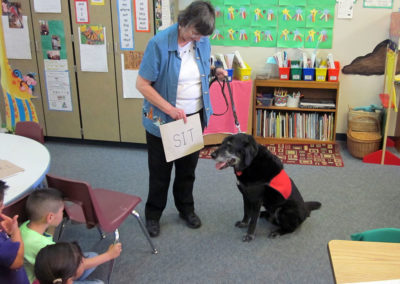 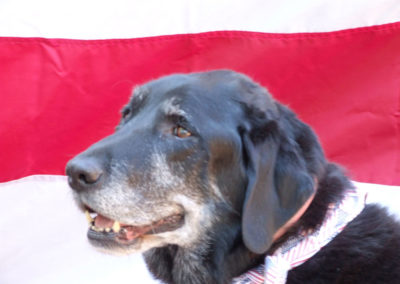 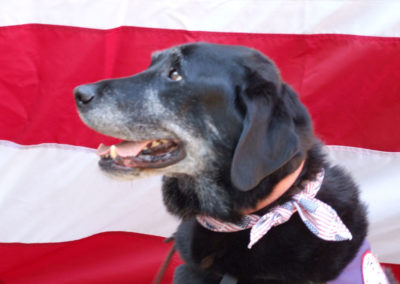 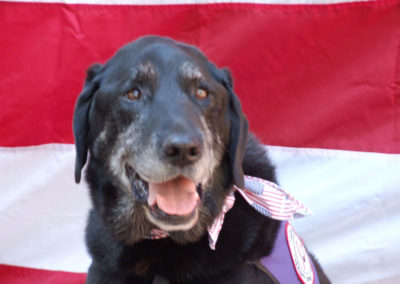 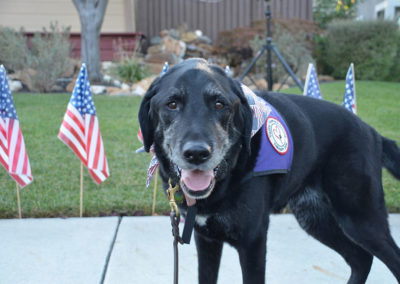 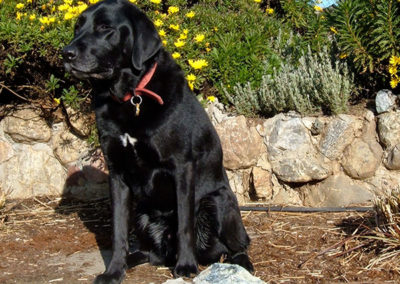 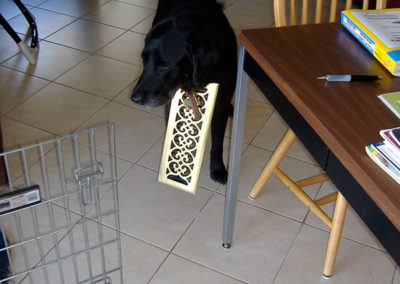 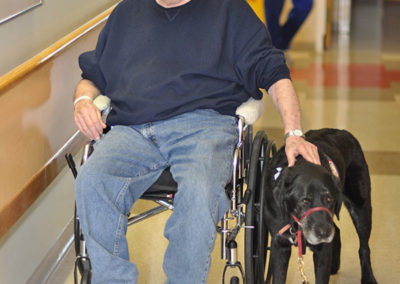 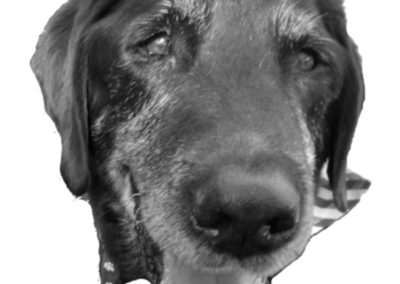 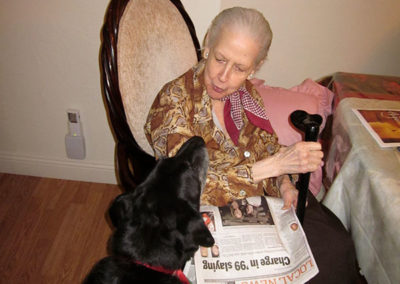 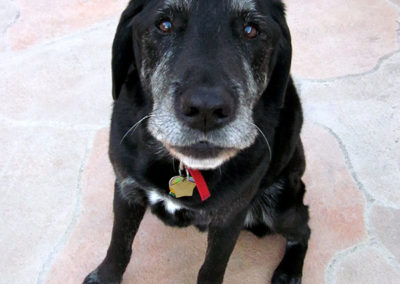 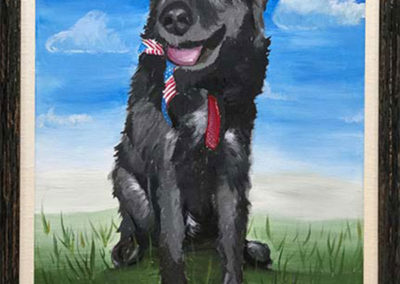