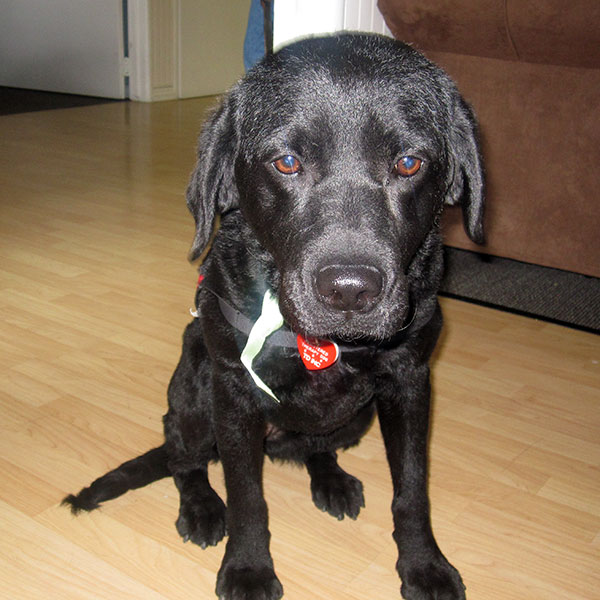 Maddie joined Pat’s household with Lawrence and Albert in July 2013. She was born on September 7, 2012, on a ranch outside of Livermore where a breeder raises Black Labs and has a horse livery. Pat obtained Maddie in July 2013. She became registered as a therapy dog with Therapy Dogs Inc. (now the Alliance of Therapy Dogs) in October 2013 and immediately started picking up some of the work assignments that Albert and Lawrence were finding too tiring, given that they both had cancer and were 12 plus years old.

Maddie loves working as a therapy dog and is made for this career. She has worked at the Amador Tri-Valley Center, Castro Valley Adult and Career Education, East Bay Post Acute (formerly Castro Valley Healthcare Life-House), all the Easy Living Care Home sites, Las Positas College, Life West Chiropractic College, Livermore Valley Performing Arts Center, Livermore Valley Senior Living, Miramonte High School, The Parkview, Shepherd’s Gate, and the University of California, Berkeley. She has also attended several Welcome Home Celebrations for our troops, marched in parades, gone to Camp Arroyo to help children with life-challenging conditions, and participated in community events. In May 2014, she earned her AKC Therapy Dog title. She earned for AKC Therapy Dog Advanced title in September 2014 for over 100 visits and her AKC Therapy Dog Excellent title in February 2015 for over 200 visits. Maddie has been a very busy therapy dog. In 2016, after completing more than 400 visits, Maddie received her AKC Therapy Dog Distinguished Title.

Hopefully she has many years ahead of her as a therapy dog. She loves people so much and people of all ages love her. She never hesitates to approach anyone, carefully though, but with such loving eyes that she quickly wins over even those that have never wanted to be around dogs. 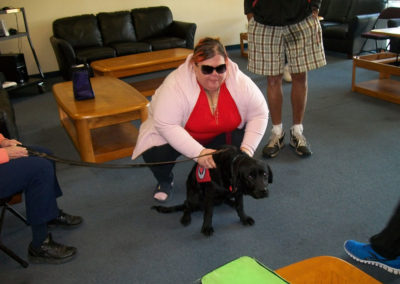 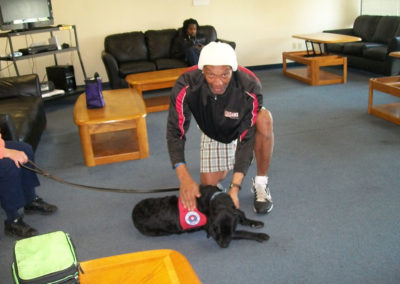 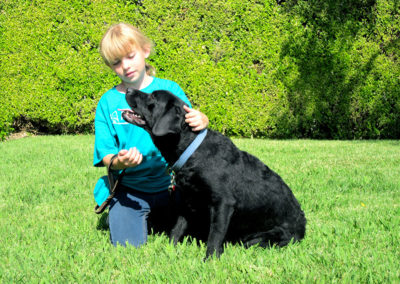 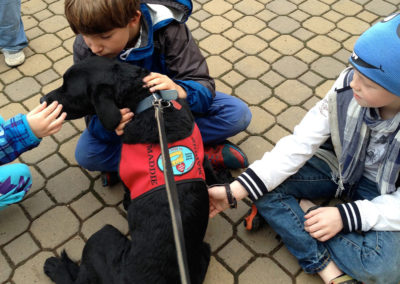 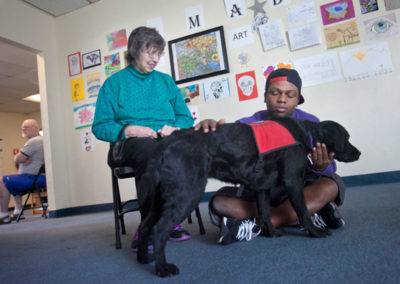 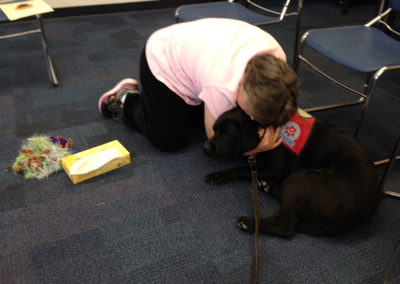 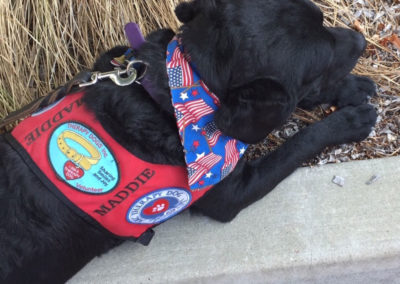 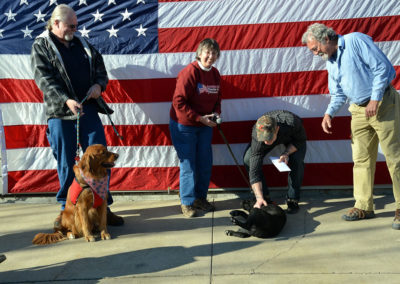 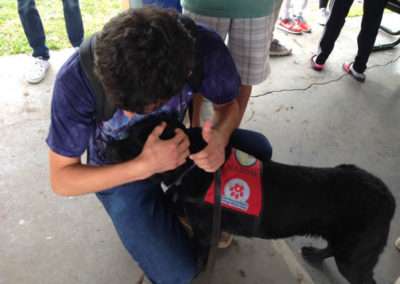 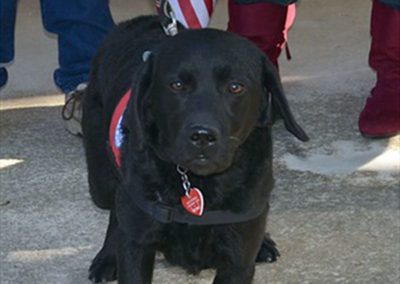 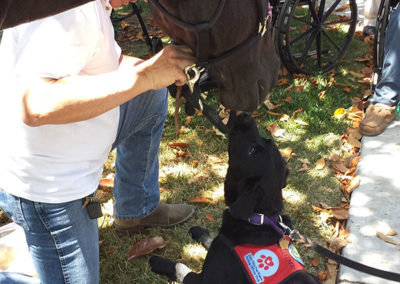 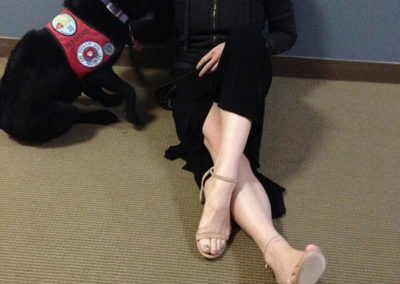 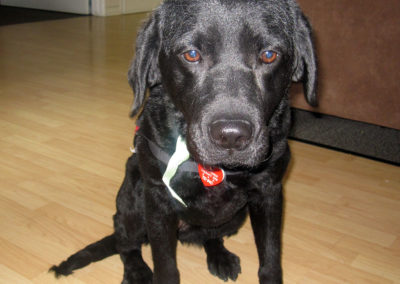